Satellite altimetry over the open ocean is reasonably well understood and data are routinely utilized for a variety of ocean applications. On the other hand, many operational needs occur close to the coast, and fully resolving the rapid time-space scale processes - especially those less than 20 km (12 mi) from the coast - are dependent on dedicated processing with adequate corrections (e.g., tides and water vapor), as well as effective removal of land contamination. Additionally, merging data from multiple missions has been shown to improve the spatial and temporal resolution.

Research into coastal applications has resulted in custom-processed coastal altimetry data sets, which are available to the community at large. Indeed, decades of coastal altimetry from past and present altimeters offer the prospect of describing the status of the world's coastal waters, including many stretches where satellite altimetry may provide the only measurement coverage.

Beginning in 2006, there was a significant growth in the number of coast-related publications tied to altimetry data. Research in this topic was spurred by key activities designed to improve coastal data accuracy, such as: 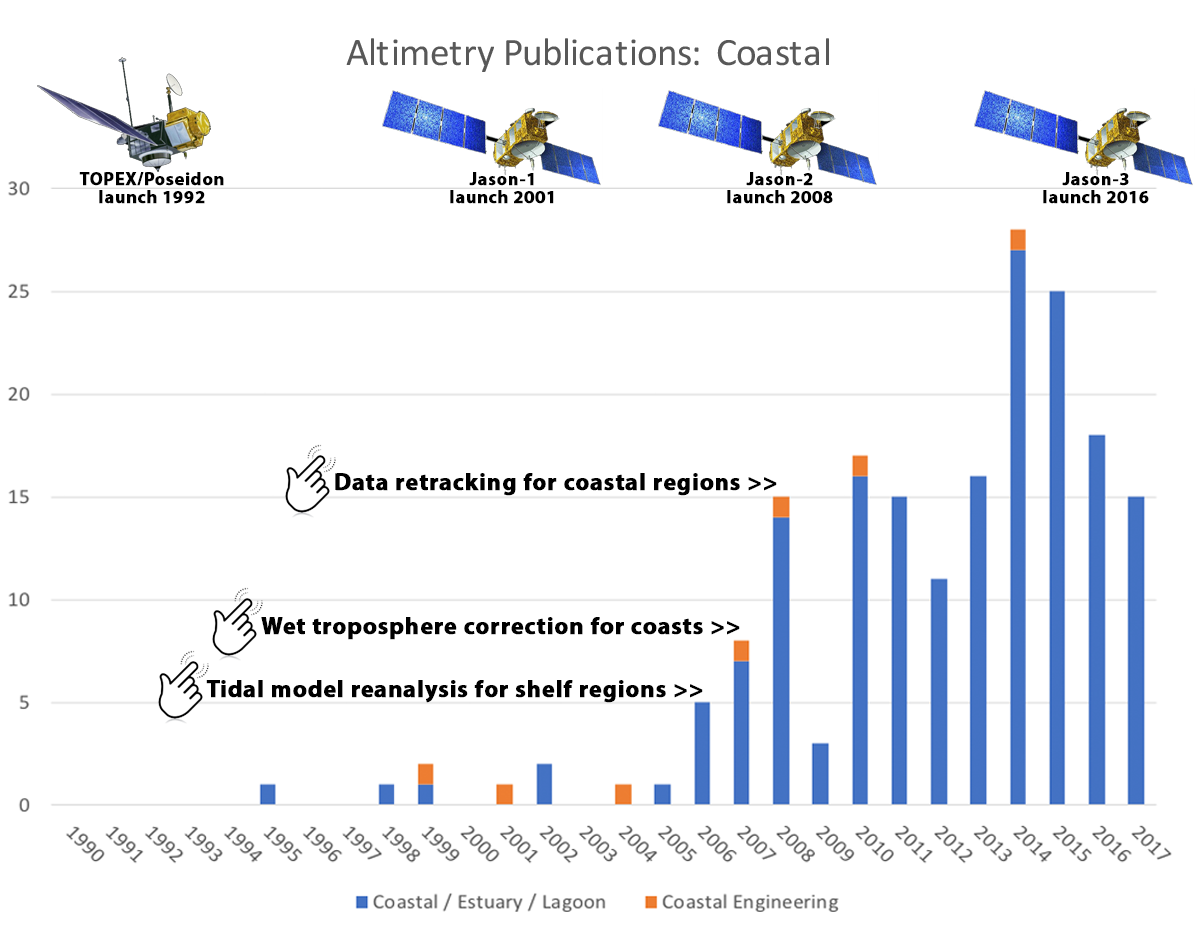 Satellite altimetry has provided precise sea surface height measurements in the vast open ocean. These data have been assimilated into mathematical tide prediction models, accurate to within 2 cm (0.8 in) in the open ocean. On the other hand, coastal geometry and bathymetry result in very complicated tidal interactions, requiring targeted analysis and modeling efforts.
LEARN MORE 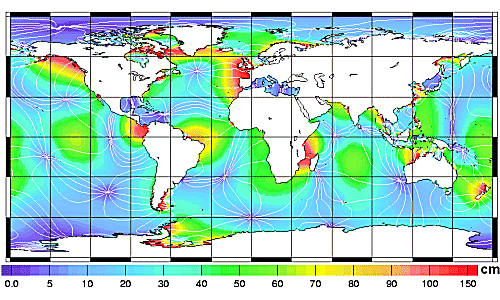 ×
Wet tropospheric correction
This adjustment is applied to the path delay in the radar return signal due to liquid water in the atmosphere. Over the ocean, the correction is calculated from onboard radiometer measurements and meteorological models. Near the coast (and over land), these radiometric measurements are inadequate, requiring precise estimation of satellite altitude to accurately compute the radar signals' propagation delay through the troposphere.
LEARN MORE 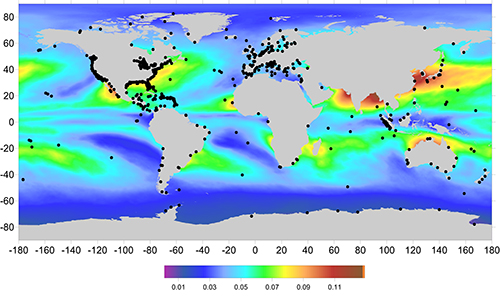 Computing the predicted versus actual location of the leading edge of an altimeter waveform (i.e., magnitude and shape of the radar altimetry return echoes). This information is used to correct the satellite range measurement – satellite-to-surface distance, deduced from the return echo time delay – accordingly
LEARN MORE 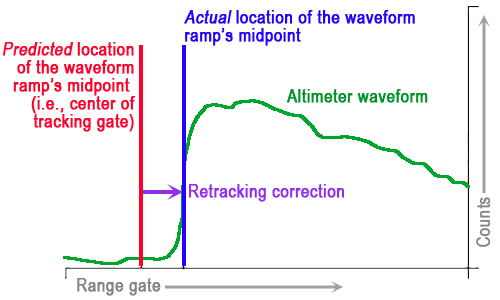 In an era of rapid change, accurately measuring coastal phenomenon is of utmost importance. Despite being conceptually straightforward, measuring sea level height near the coast using satellite data is very difficult. New papers are published every year that discuss new methods and algorithms to more accurately measure coastal sea surface height. To gauge the effectiveness of these new processing means, altimetry data are compared to other observations. For example, reprocessed Cryosat-2 data were compared with tide gauge and Jason-2 data, as well as other satellites – Envisat, SARAL/AltiKa – to test the accuracy of the newly processed data (Idanovi, et al., 2017). Similarly, coastal altimetry data along the Great Barrier Reef were validated with HF radar velocity data (Idris, et al., 2017).