Altimetry data have been used to understand biology at large and small scales. One of the earliest biological applications of altimetry data was the observation of populations of marine mammals at the edges of cyclonic ocean eddies in the Gulf of Mexico (e.g., Biggs et al., 1996; Biggs et al., 2000). In this and other regions, some physical features observable in altimetry – such as ocean eddies, fronts, and meanders – have been consistent with patterns of primary production (i.e., presence of phytoplankton) inferred from satellite-based sea surface chlorophyll data.

In recent years, high-resolution computer circulation models such as Estimating the Circulation and Climate of the Ocean (ECCO; https://ecco.jpl.nasa.gov/), which use global altimetry data, have played a key role in examining the spatial variability of life in the ocean. ECCO models have been employed to investigate how ocean primary production may translate to the broader marine food web: from phytoplankton to zooplankton to larvae to fish/squid to top predators. Such state-of-the-art computer models provide the ability to follow trajectories of water parcels in which marine organisms are embedded (i.e., Lagrangian approach) and are thus important to understanding the ecology and behavior of higher-trophic-level marine organisms.

Although the majority of biological applications have focused on the ocean and coasts, data from altimeters can also contribute to monitoring forests, deserts and boreal regions, and their seasonal variations. Likewise, altimetry data have been used to monitor lake levels and associated mosquito habitats.

Use your cursor to roll over the map below. The satellite icons will reveal specific findings based on altimetry data. Clicking on any image will link to the associated publication. Scroll down to access the full biological bibliography. 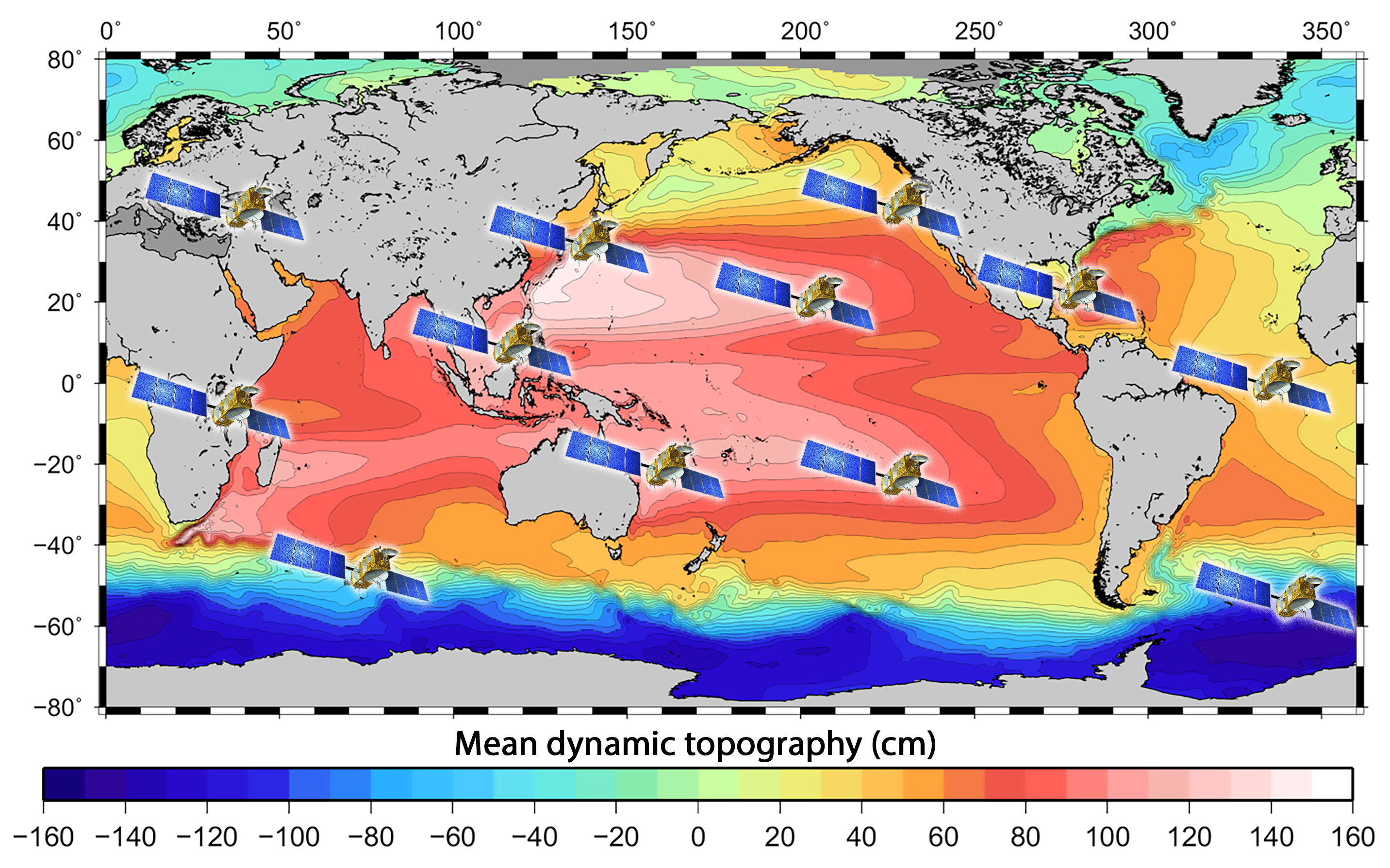